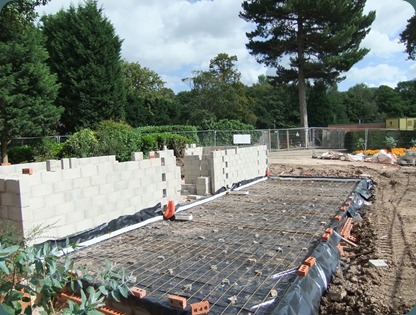 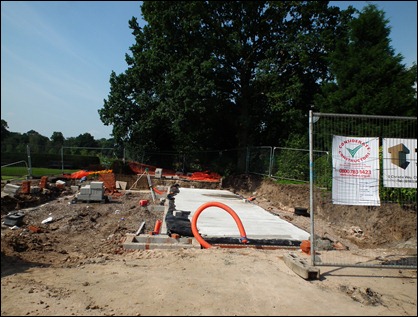 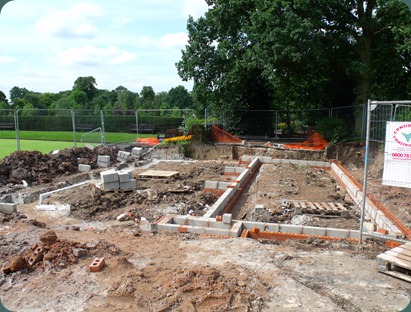 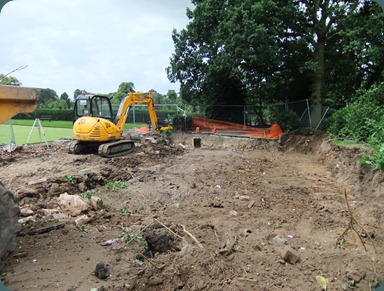 I wondered what was going on with the bowls hut I could have sworn the foundation had been put in but its all gone. It turns out they had made an error and been 1.3 meters out so they have had to start again 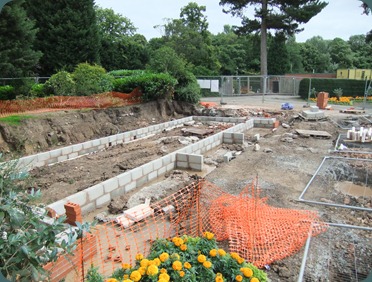 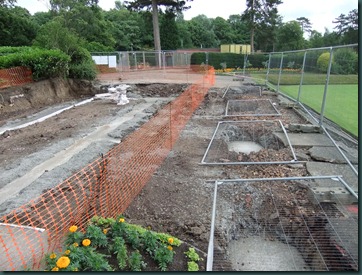 There has been a lot of work this week but not a lot to show for it as a lot has be prep work. Both the Bowls and the cafe foundations have been worked on but there isnt much to see just a bit of concrete 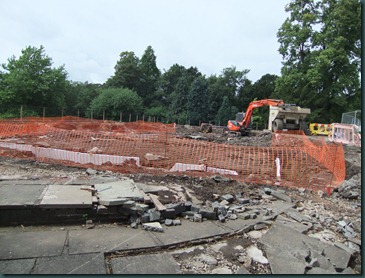 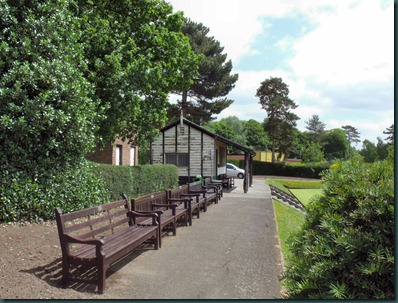 The bowling Green above and the cafe are the next things to be renovated. The Cafe has been fenced off ready and demolition will start Wednesday/Thursday this week. They will have to start work early and work late as they cant bring any lorries into the park during the day so they have to fetch everything in before 9 oclock 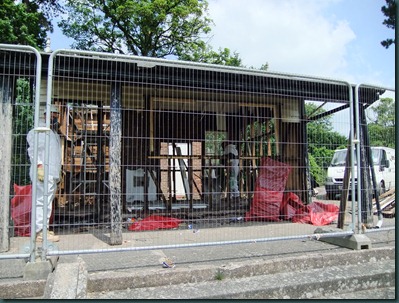 The work on the Bowling Green has started and its soon been knocked down all that is left is a pile of rubbish . The Bowling green is till open so people can still play 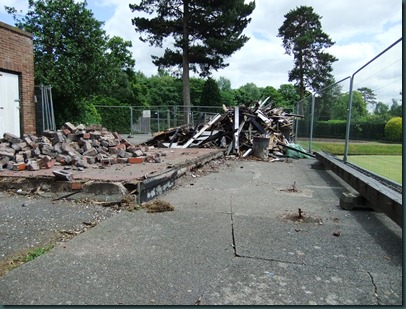 The cafe should have been knocked down this week but has been delayed as they had to check the roof for Bats before they could knock it down. Its hopped the work will start next week

The Bowling Green being put to full use today with lots of people taking part. It is due to be refurbished as part of the project