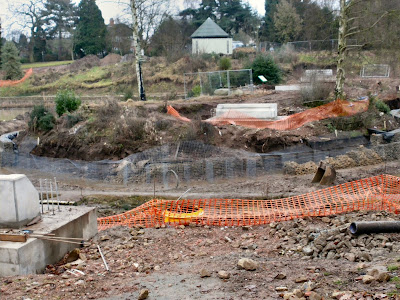 The lake has only just unfrozen after the snow an ice and work is hampered by very wet conditions.

Most of the work in the last 2 weeks has been done on Burma Island and also some on the bottom island. 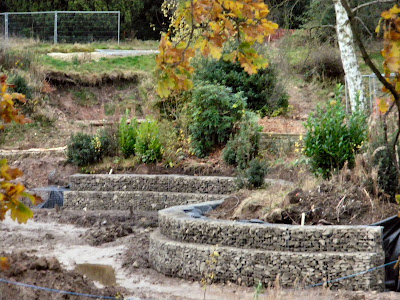 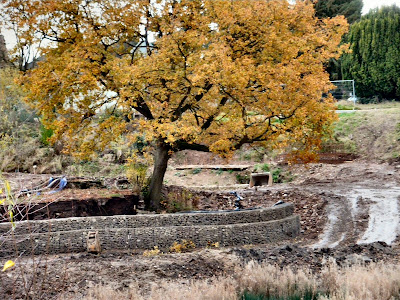 These wall should last for years. Work hasn't been helped by heavy rain for the last two weeks as diggers have been stuck in the mud but its all coming together and progressing well. You can see in the picture that they have brought out the wall

as it couldn't root being next to the wall. By bringing the wall out it will have more room to put down roots

In 1968 the island In the middle of the lake was re levelled and landscaped with new paths and seats, and dedicated as a permanent Memorial to the Allied Forces who fought in the Burma Campaign during World Ward. The Memorial Stone, which was transported from the excavations of the ICI Works at Runcorn, has the famous Kohima epitaph:-

"When you go home tell them of us and say for their tomorrow we gave our today".

One of the Park's largest crowds attended the dedication with military attaché from many Countries, together with an American Air Force Band, flown in from Germany. 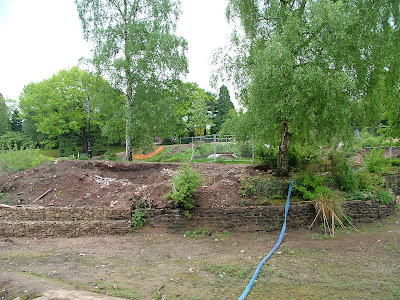 Down by the lake and Burma Island close up 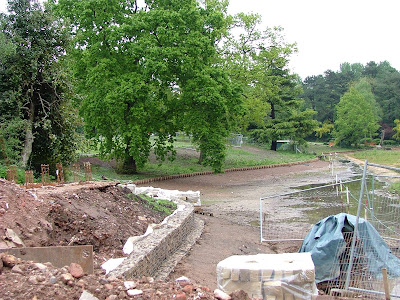