The Lodges of Queens park

On either side of the gates are the two lodges built 1887'8 by John Brooke They are
constructed in Stone and timber' the stone being of red sandstone, extracted from railway
cutting that go down Lime St Station Liverpool. The inscription at first floor level on both lodges commemorate both the dedication and opening ceremonies. Both lodges are buildings of special architectural and historical interest therefore they are both Grade 2 listed buildings.


Not an identical pair, the West Lodge has a Bell Tower and was for use by the chief foreman in charge of the gardeners. Whilst the East Lodge was built for the Park's Curator. Incidentally, there have only been four Park Curators in the Park's history. The four curators are>
Ceorge Latimer 1888 - 1906
Lawrence Morgan 1906 -1935
Herbert Probert 1935 -1960
Colin Farmer 1960 -1984
(After 1984 the system was changed, with the park being looked after under a different scheme).

In the apex of the roof on both lodges facing Victoria Avenue are two unique witticisms on the two people who the park owes its very existence to. On the east lodge is a painting of a bat, moon and tree in yellow and green. A pun to Sir Richard Moon, Chairman of the LNWR Company. Whilst the west lodge has a spider's web, a tree and a spider, a pun on Francis William Webb. 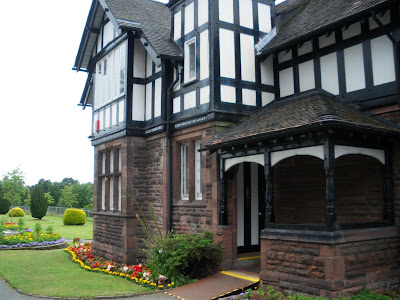 The West and East Lodges are the first thing you see entering the park by the main entrance. Above the West Lodge which is now the park managers office. 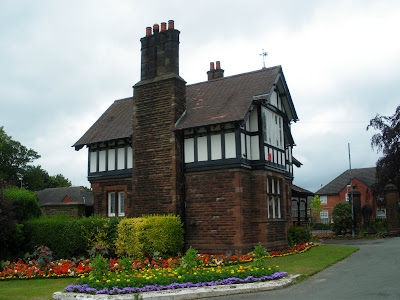 The same lodge as above taken from inside the park showing the floral display. Both lodges always have a fine display of flowers 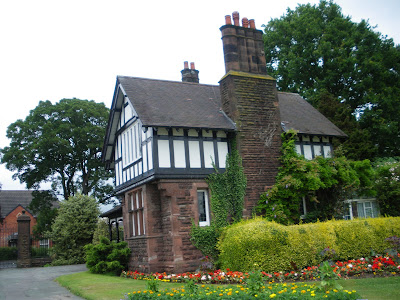 Above the East Lodge and the flower display 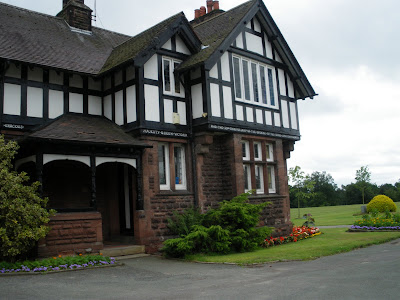 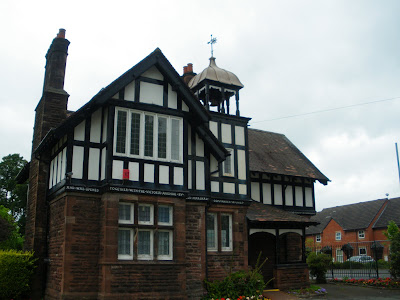 The West Lodge showing the large bell on the top. The lodges will be part of the restoration program and will be renovated